The Story Behind Mothering Sunday and Mother's Day

The Story Behind Mothering Sunday and Mother's Day 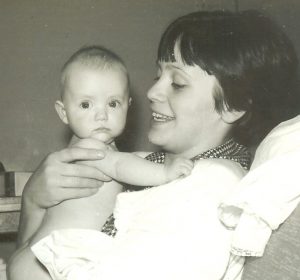 We were investigating where Mothering Sunday evolved from and we have found some interesting facts and stories … have you heard any others?

During the 16th century, people in the UK used to return on the 4th Sunday in Lent for a service to their ‘mother church’ - the main church or cathedral of the area. This was either the church where you were baptised, or the local parish church or more often the nearest cathedral. Anyone who did this was commonly said to have gone "a-mothering", although whether this term preceded the observance of Mothering Sunday is unclear.

In later times, ‘Mothering Sunday’ became a day when domestic servants were given a day off to visit their mother church, usually with their own mothers and other family members. It was often the only time that whole families could gather together, since on other days they were prevented by conflicting working hours, and servants were not given free days on other occasions.

Children and young people who were given a day off on that date so they could visit their families would pick wild flowers along the way to place in the church or give to their mothers. Eventually, the religious tradition evolved into the Mothering Sunday secular tradition of giving gifts to mothers.

By the 1920s the custom of keeping Mothering Sunday had tended to lapse in most of Europe. 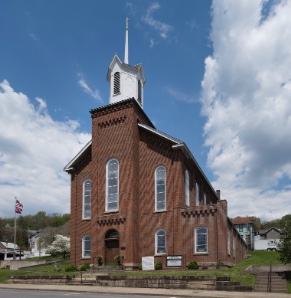 Early in the 20th Century, Anna Jarvis in the United States, held a memorial to honour her own mother and all mothers at Andrews Methodist Episcopal Church in Grafton, West Virginia.  This event marked the first official observance of Mother’s Day and indeed the International Mother's Day Shrine at this church has been a designated Historic Landmark in the United States.  In 1914, US President Woodrow Wilson made a proclamation establishing the second Sunday of May as the official date in the US for the observance of a national day to celebrate mothers.

Inspired by Anna Jarvis’s efforts, Constance Penswick-Smith in the UK created the Mothering Sunday Movement, and in 1921 she wrote a book asking for the revival of the festival.  Its wide scale revival was through the influence of American and Canadian soldiers serving abroad during World War 11 and the original traditions were merged with the newly imported traditions and celebrated in the wider Catholic and secular society. UK-based merchants and retailers saw the commercial opportunity in the holiday and relentlessly promoted it in the UK and by the 1950s, it was celebrated across all the UK.

People from Ireland and the UK started celebrating Mother's Day on the same day that Mothering Sunday was celebrated, the fourth Sunday in Lent. The two celebrations have now been mixed up, and many people think that they are the same thing. Other countries in the world celebrate Mother’s Day in May rather than ‘Mothering Sunday’.

Either way, we wish all our best wishes to Mums, Moms, Mummys and Mothers every day of the year!